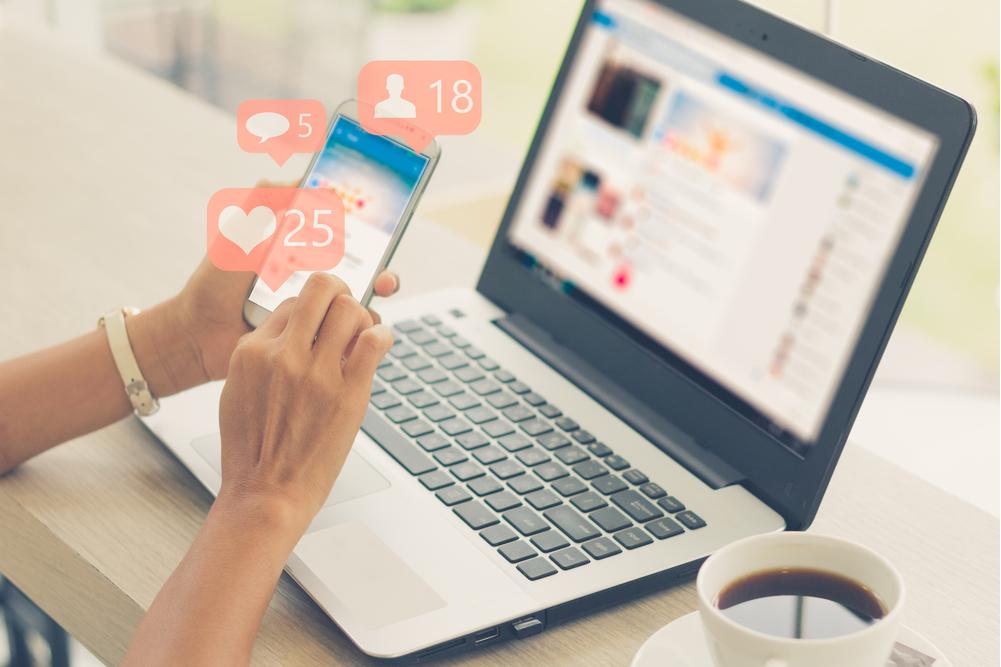 Celebrities - love them or loathe them, there is no getting away from them. Not on television, not in the news and certainly not on social media. In fact, celebrities dominate the top positions when it comes to social influencers, with Facebook, Twitter and Instagram all ruled by celebrity personalities.

Of course, it should come as no surprise that those who are famous around the world are also the most followed accounts on social media. But what does that mean for their brand and the social network as a whole?

Users of Snapchat will be familiar with the recent updates rolled out by the social network that has been met with critical acclaim. How damaging could it be if one person voices their discontent of your brand on social media?

The answer is quite so, especially if they share that opinion with 24.6 million Twitter followers, as was the case when Kylie Jenner posted her thoughts on Snapchat’s latest update.

sooo does anyone else not open Snapchat anymore? Or is it just me... ugh this is so sad.

That tweet ended up costing Snapchat $1.3 billion, as the social network’s stock market value plummeted. It just goes to show that when it comes to big-time social influencers, you really want to keep them onside.

Who are the Top Social Influencers?

While Jenner’s 24.6 million followers appear highly impressive on first glance, the reality star does not even rank in the top 20 most followed celebrities on Twitter. Imagine the damage that would have been caused had Katy Perry posted the same tweet about Snapchat to her 108.4 million followers.

With a social following more than four times the size of Jenner's, would Perry have caused more than four times as much damage to Snapchat? Thankfully, for Snapchat at least, the singer has used her social influence to the benefit of the network and continues to be a prominent user of Snapchat.

Instagram is a favourite for brands looking to utilise the impact of social influencers, and it’s probably due to the fact that the picture-based network enjoys 10x higher engagements than Facebook. Instagram, as far as engagement rates are concerned, is in a league of its own. It is little wonder why, when you browse through Selena Gomez’s posts, that you see quite a lot of brand placement.

The singer has posted images of herself featuring on the cover of fashion magazine Harper’s Bazaar, wearing Puma branded clothing and sipping Coca-Cola. Back in July 2016, it was claimed that a single post on Gomez’s social media was worth $550,000 - and that was a figure calculated when the singer had considerably fewer followers on Instagram (90 million at the time of the valuation).

While Instagram is by far and away the most engaging social media network, Facebook is the most addictive with users checking their account five or more times a day. The king of Facebook is football superstar Cristiano Ronaldo, who boasts an impressive 122.6 million followers, providing an insight into the man off the pitch as well as various adverts.

In the world of sportswear, Ronaldo is arguably the most marketable athlete on the planet, eclipsing David Beckham long before the former England captain retired from the sport. If you are unfamiliar with football, there are two major personalities who dominate the game, one of which is Ronaldo and the other being Lionel Messi who plays for Barcelona, the arch rivals of the Portuguese’s Real Madrid.

Messi, however, ranks a lowly 6th on the list of most followed Facebook accounts at 89.5 million followers. Therefore, as a brand, Ronaldo is much more valuable due to his greater social reach. He is the poster boy for major brands such as Nike and Tag Heuer, whilst also being the cover star of EA Sports’ video game FIFA 18, which he is more than happy to share on social media.

Whereas Facebook, Twitter and Instagram are dominated by personalities, YouTube is a slightly different story. More than half (12) of the top 20 followed accounts are organisations, as opposed to single personalities, with the WWE (World Wrestling Entertainment) topping the list with almost 20 billion views and 22.6 million subscribers.

So-called YouTubers have been on the rise for the last decade, with users becoming ‘internet famous’ through their YouTube accounts alone. When you take into account that consumers aged between 13 and 24 spend an average of 11.3 hours per week watching online videos, compared to just 8.3 hours of television, it's easy to understand how YouTube stars are becoming so famous.

As a result, many YouTubers have become more popular amongst millennials than mainstream celebrities. It almost goes without saying that the level of social influence that they enjoy can be and often is utilised by brands.

Whether you follow mainstream celebrities or ‘internet stars’, you are influenced on a daily basis by personalities that you trust. In reality, most of these influencers are being paid a considerable sum by brands to promote their products on your social feed.

While we may not be a social media celebrity, if you believe that your brand could benefit from increased social media exposure, please get in contact with the team at i3MEDIA for a friendly chat by calling us on 01733 890836 or emailing hello@i3media.net.