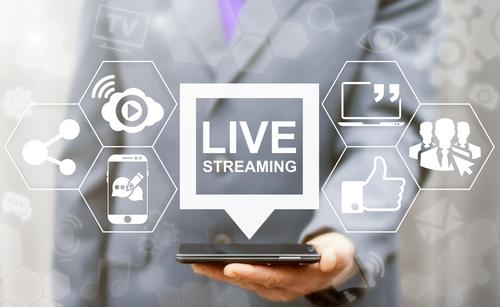 The internet is forever evolving and developing as various platforms rocket to popularity and the last few years are no different as digital marketing services endeavour to follow online trends. With the term 'influencer' holding the same weight as 'celebrity' in the digital world, more generations are turning to  services solely for entertainment than ever before. 2017 saw almost a million Brits choosing to forgo the standard TV license in favour of popular streaming providers such as Amazon and Netflix, the latter of which peaked 100 million global subscribers in July of the same year.

With the number of eyes watching TV falling month to month, advertisers are finding other ways in which to grab their target audience’s attention. Considering the fact that Millennials had an estimated spend of $200 billion last year in the United States alone, this is an audience not to be overlooked.

This is where streaming platforms such as Twitch and Mixer come in, owned by Amazon and Microsoft respectively. Streaming platforms are similar to the largely popular YouTube but with a focus on the interaction between the “Streamer” and their audiences or community. Rather than , edit and upload their video to the platform, streamers “go live” and are communicating almost instantly with their audience, much like a one-sided video call with the potential for a huge audience.

Twitch welcomed over 440million users to the website in July 2018, of which over 40 million were unique. Similarly, it is constantly attracting larger audiences - especially with the recent celebrity streaming trend which saw personalities such as Drake, Snoop Dogg, Deadmau5 and Terry Crews appear on the platform. Twitch largely has a millennial audience currently, with younger generations also frequent visitors and the gender split falls approximately 75:25, male to female.  is currently the less popular website, but it still saw a peak of 6.5million visitors in July and this is changing monthly as streamers move between the two major streaming platforms.

There are several routes for marketers to take advantage of streaming platforms. Streamers can be hired to promote certain products or services, talking directly to their community about the benefits of using the marketed brand. Dollar Shave Club take advantage of this type of marketing, employing popular streamers H3H3 Productions to talk about their monthly subscription service and offer a promotional code to their viewers as encouragement.

Alternatively, products can be sent to streamers for use on stream, without direct promotion to their audience. A good example is a sponsorship between influencer Summit1G and energy drink brand Monster – Summit must display a promotional Monster mini fridge on stream, however, he isn’t required to directly promote Monster to his viewers.

Affiliate marketing is the most common type of marketing on Twitch at the moment, especially considering the fact that Amazon owns the platform. Streamers can earn a small commission by offering links to Amazon products via their streaming page or in their chat.

With more streaming platforms launching in the coming year, there are plenty of avenues for digital marketing services to explore and reach a huge audience with a lot of .